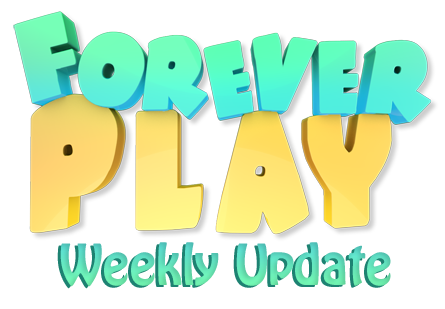 Today it's time for our very first Weekly Update! I will do my very best to get one of these up every single Sunday, so that you know what's been going on, on our server!

Before we get to into the updates, remember that today is the last day of our Valentines Sale! Visit our store for a chance to grab a Rank & other goods before the discount is gone: https://store.foreverplay.net/

Roleplay Progress
I figured that most of you are here for the Roleplay Map Progress, so lets start with that! I did a Q&A Stream last night which you can watch here:
In this stream I answered a lot of questions that you guys had regarding the new Roleplay Map, so if you've got a hours worth of time on your hands, it is definitely worth checking it out!

Anyhow, here's a few screenshot of this week progress of the new RP Map: 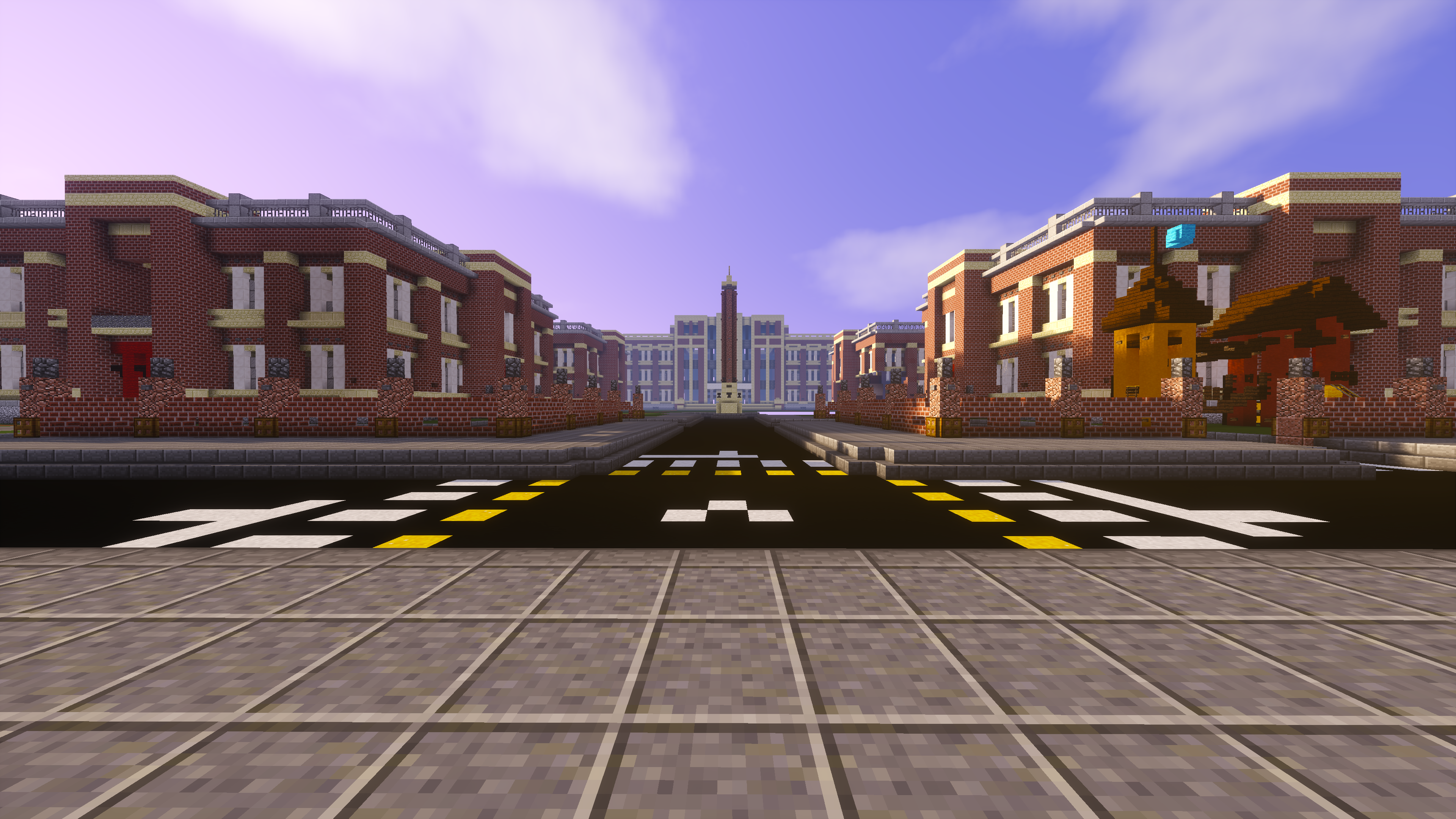 This will be your new favourite Roleplay Area - the ForeverPlay College! I'm very excited to show you guys more of our new school in the near future! 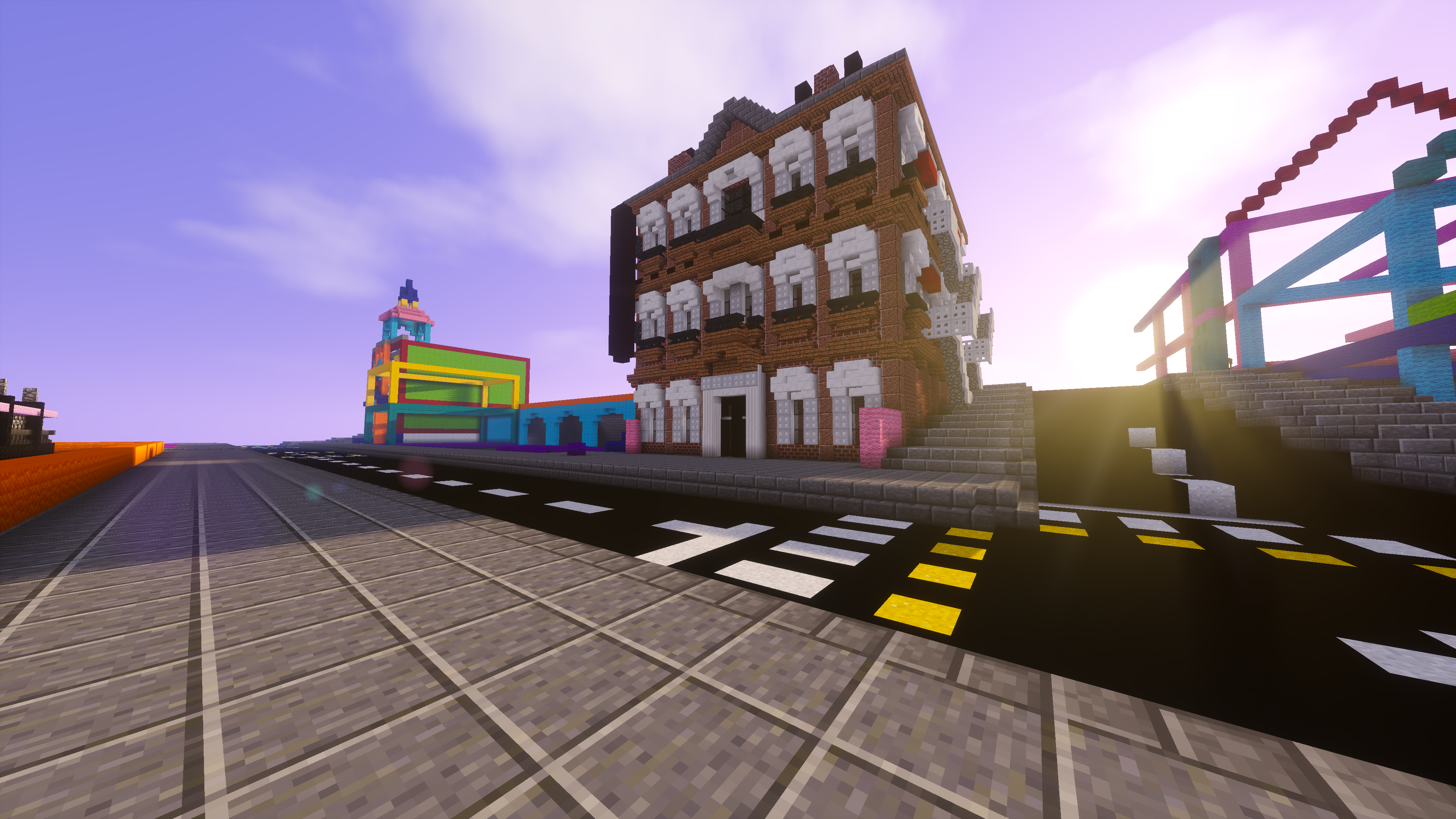 This is right to the left of Spawn! Here you see one of our many new Hotels (with rentable rooms!) and also the entrance to our upcoming Train Station/Subway! This is where you will travel to Vacation Islands! 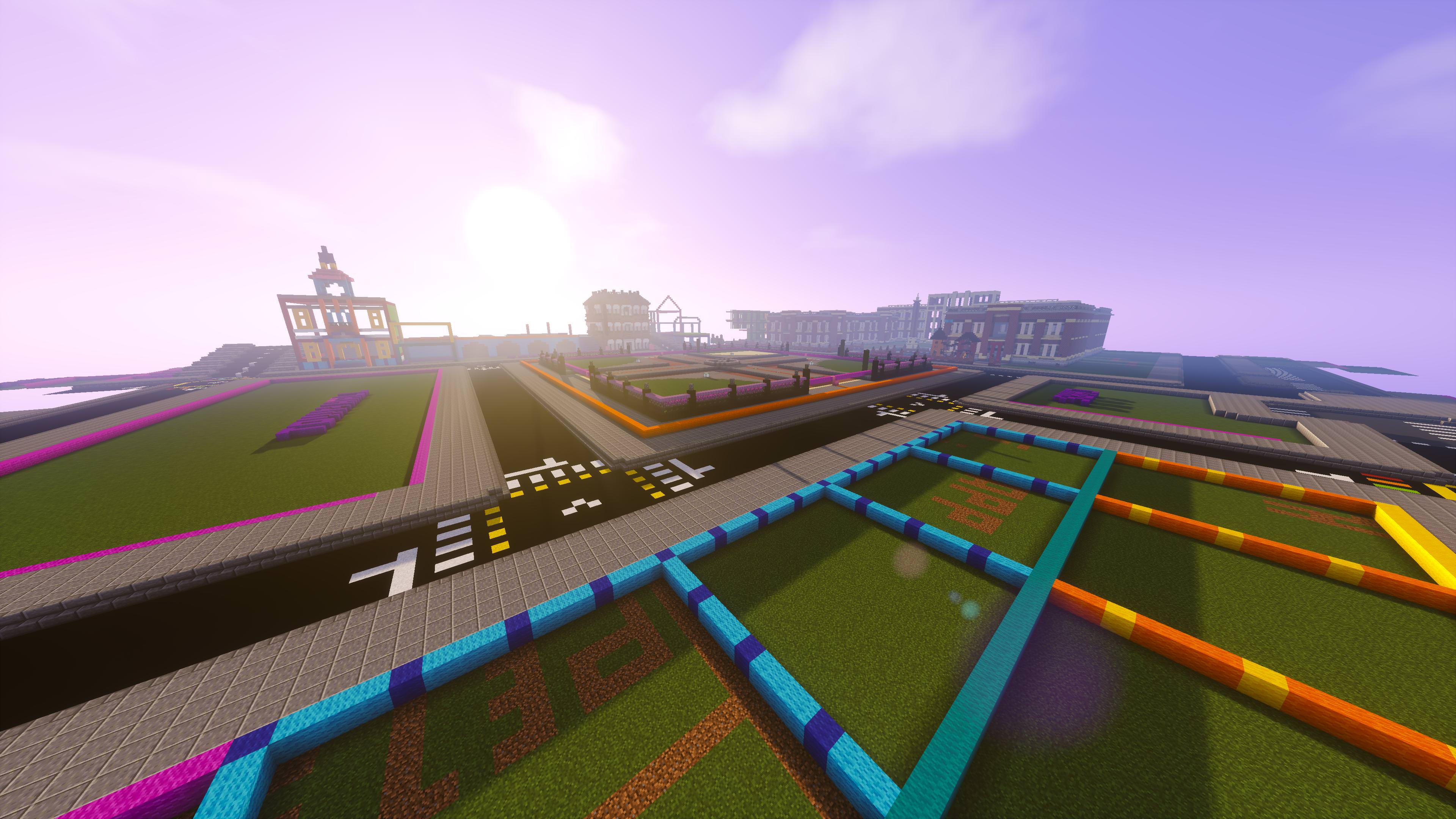 This is just a general overview for your viewing pleasure! Here you can get a good look at what I have mapped out so far! Hopefully a lot more houses will be added in here next week!

Either way guys, this is all for this weeks update! I hope you will all check back in on our Livestream next Saturday where I will host another Q&A and show more of the new RP Server!...​
Continue...
FP 2.0 - What's Happening?
19 2,226 by Hyriell : Feb 12, 2018 at 5:02 PM
Feb
12
Hey everyone!
- Hyriell here, with a much needed update!
A lot of big changes have been going on behind the scenes here at Forever Play, and I’m here to update you all as to what is happening!

So first off, something quite big is happening. I am becoming an owner of the server. This does not mean that I solely own the server, it does however mean that from here on out Janakin and Dan will be stepping down from running and developing the server and Foreverplay will now be under my direction moving forward.

As a new owner I have big plans for the server which means that a lot of changes will be happening in the following months; I’d like to address a few of them in this thread, feel free to ask any questions below!


New Roleplay Setup
One of the biggest changes that will happen, is the fact that I want to do a new Roleplay setup which will replace, update and optimize the current setup and Map.
The new map is currently being worked on as we speak, it will be built with features in mind that you guys have requested.
I will be doing livestreams most weekends, where I will be streaming the progress of the builds/map so far.
We will also have guests on the stream and do some Live Q&A sessions, so that everyone can be kept in the loop.


What Changes will be made?
Although we are sad to see them go; As it is right now, we want to focus 110% on making the Roleplay server the best it can possibly be.
This means we will be shutting down ALL other servers to primarily focus on Roleplay, ensuring we can offer a server that is both high quality and efficient.

There is no specific date for when all the other servers will close yet; be aware we will close them closer to the release of the new RP project however we will notify everyone via the forums a week before we close them down....
Continue...
DECEMBER: FOREVERPLAYS OFFICIAL CHRISTMAS PROM!
0 1,119 by Hifey : Nov 29, 2017 at 6:02 PM
Nov
29

Hello members of Forever play!
✨✨
Welcome to the Wonderful Winter Christmas Prom post!
✨✨
We cordially invite you to the official Christmas Prom on December 9th! 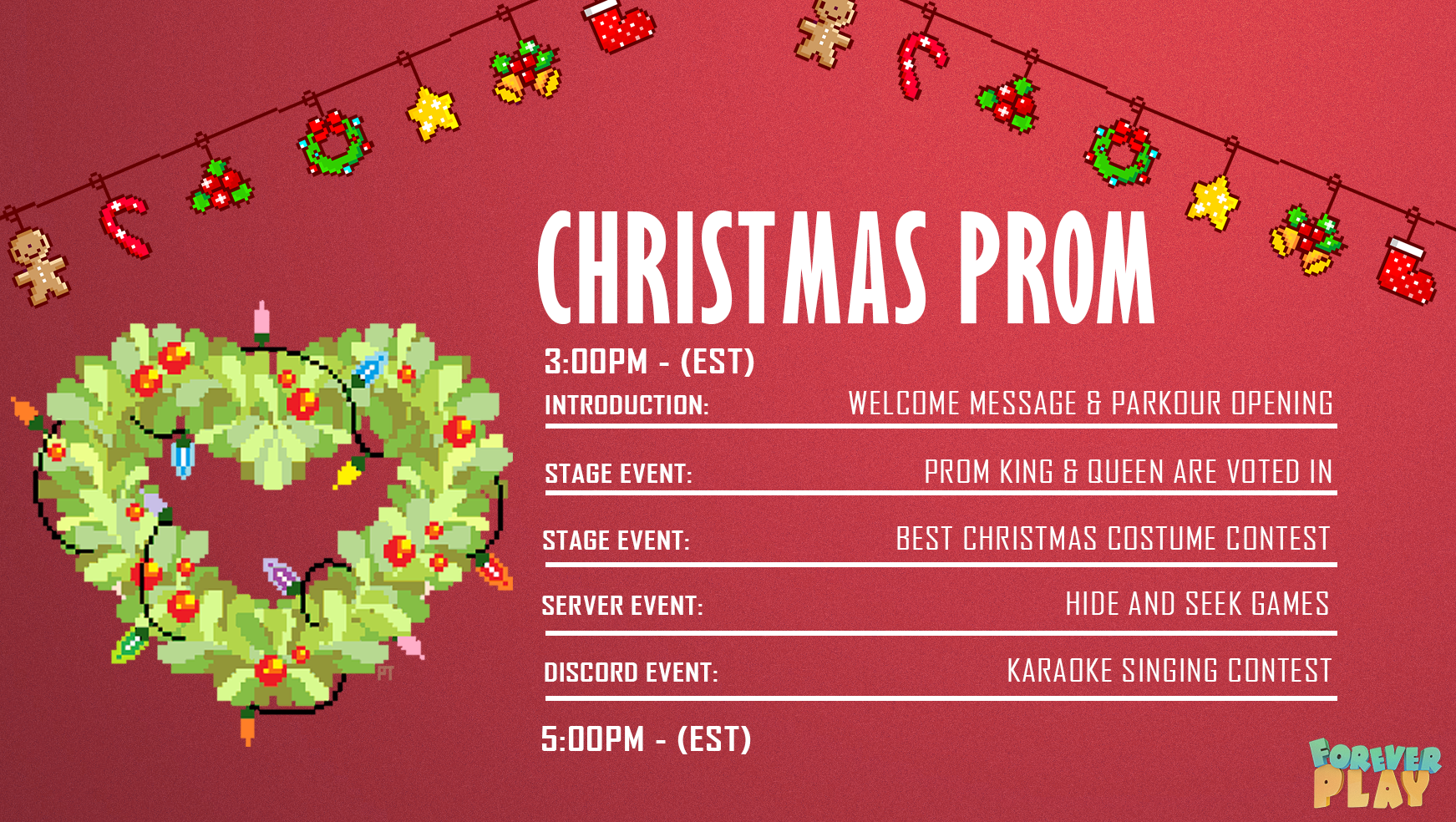 Come join us on Plug.DJ to listen to some music during our snowy prom evening.

Here we will open up the Event; welcome you with an introduction on Discord and in Game,
feel free to roam around and explore the Christmas market prom area!

We will open up the Parkour area for your chance to win a FREE ITEM!

Join us on Plug DJ and Discord for music and voice chat.
10 - 15 minutes of start up intermission.

To Enter, submit a twitter Picture as a couple by tweeting it to @ForeverPlay_
Good luck everyone!
Prizes:
- Unique Prom King or Queen Tag
- Prom Crown hats & A Rank upgrade! 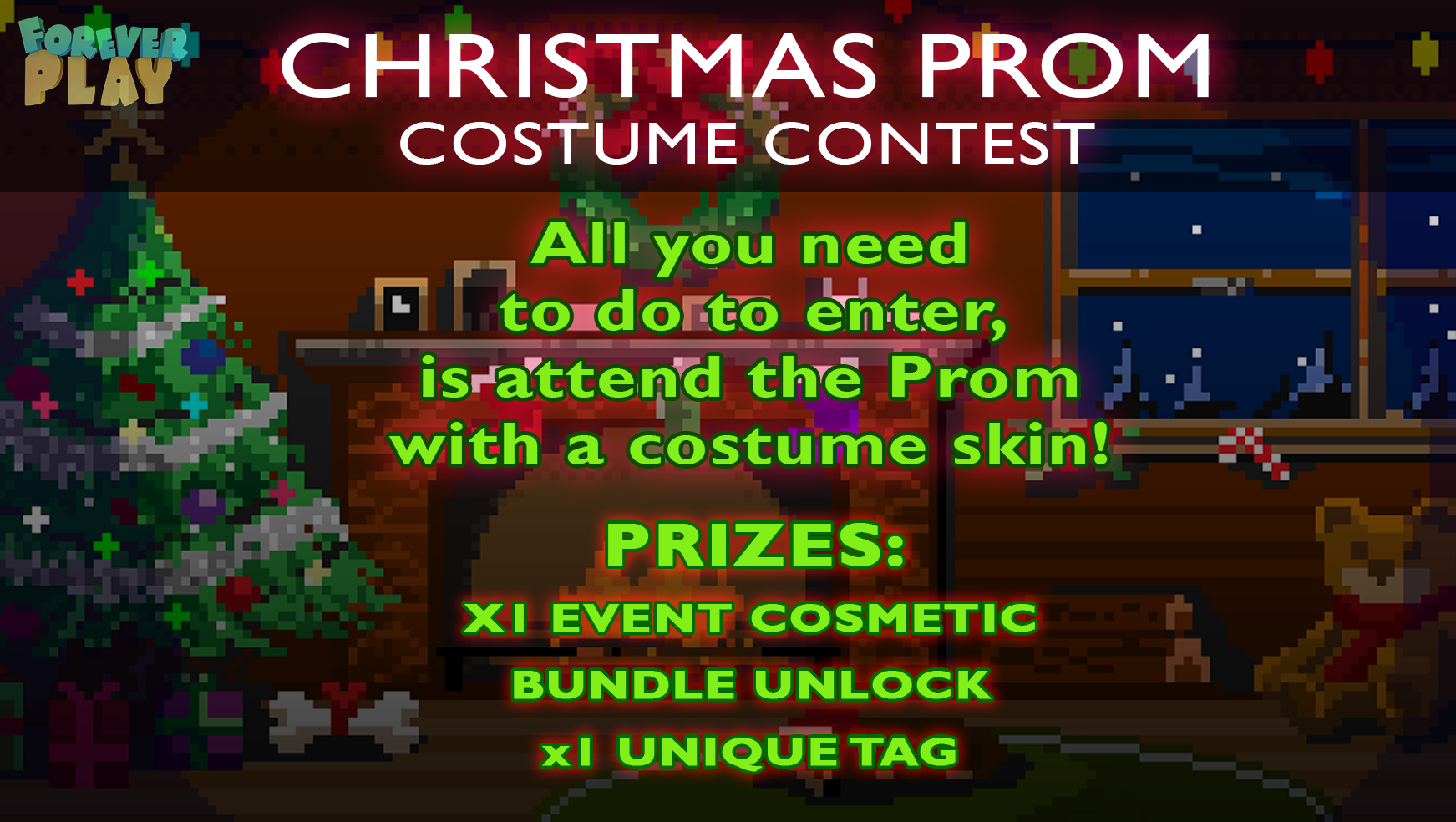